All information, opening hours and tickets for a visit to the Barcelona Aquarium. L'Aquarium de Barcelona Spain is the largest European marine aquarium, located in Port Vell, the old harbour.

The marine aquarium is located in Port Vell; the oldest part of the Barcelona harbour that nowadays has largely been transformed into a centre of recreation. The Aquarium of Barcelona opened its doors in 1995 and has 35 aquariums holding six million litres of sea water featuring 11,000 sea creatures from 450 different species, such as dozens of sharks, crustaceans, and invertebrates. The Barcelona Aquarium even claims to be the biggest aquarium in Europe. Each tank of the marine aquarium simulates a different sea region, such as the tropical and mediterranean tanks. The sea creatures eat two tonnes of food per week. A computer regulates the lighting to simulate nature. 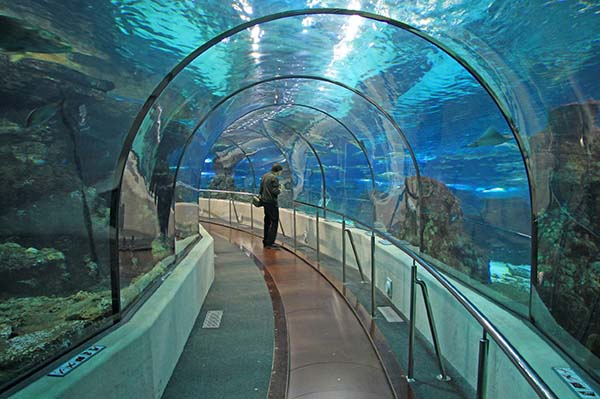 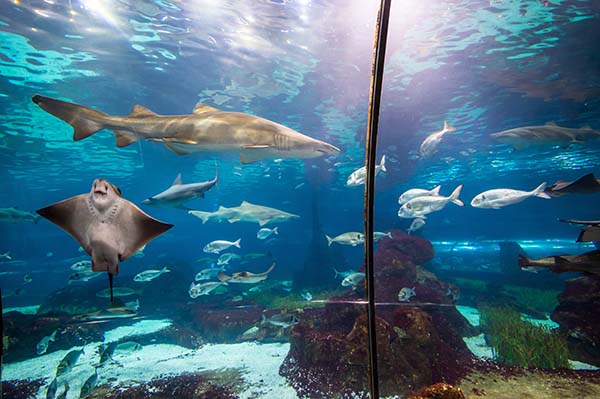 Oceanarium, the aquarium in Barcelona

The largest tank is the Oceanarium with a volume of four million litres of water. It has a transparent 80-metre tunnel running through it that will let you walk through the aquarium and see the undersea life of the Mediterranean. The aquarium also has an interactive zone that explains different aspects of life in the oceans. The interactive zone for young children in the aquarium is called Explora! that offers activities that let children discover, see, and hear marine life. Visitors that like a little more challenge will be happy to learn that the aquarium offers the chance to dive with sharks.

Video: Visit to the Aquarium

How to get to the Barcelona Aquarium?

The following attractions are nearby: 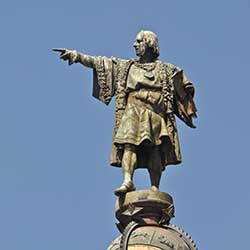 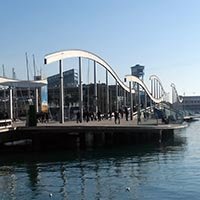 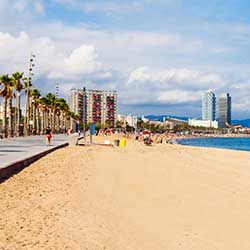