The hospital is one of the prime examples of Modernisme Català, the Catalan version of the Art Nouveau movement. With its main building and many pavilions, the Hospital de Santa Creu is the largest complex of Catalan modernist architecture.

The old Hospital de Sant Pau and the Palau de la Música Catalana Catalana (also designed by Lluís Domènech i Montaner) were added to the World Heritage List by UNESCO in 1997. Several years ago, the hospital underwent a major renovation, and it's possible to visit this unique complex on your own. The Hospital de Sant Pau is not particularly touristy, and because of its wonderful Art Nouveau architectural style with lots of ceramics and sculptures, it's one of my personal highlights of Barcelona. 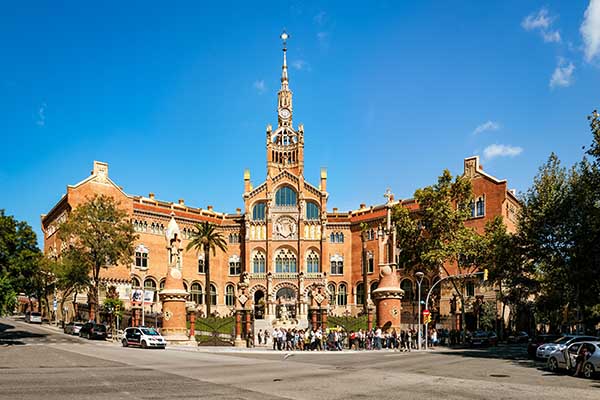 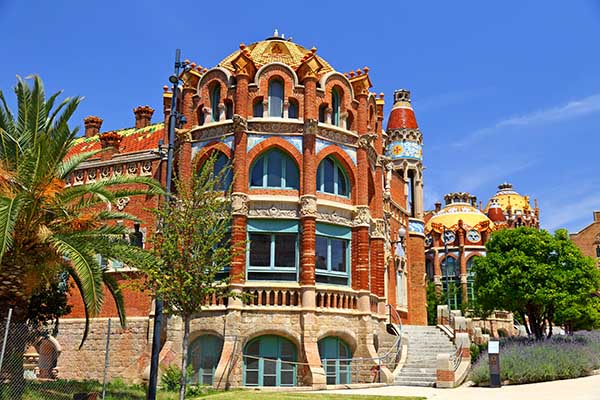 History of the Sant Pau Hospital

The Hospital de Santa Creu stems from 1401, when Barcelona's then six hospitals merged. By the late 19th century, Barcelona had grown enormously, and developments in medical science required more state-of-the-art facilities. That was the reason for the decision to build a huge hospital complex just outside the city, financed with a donation by banker Pau Gil. Construction started in 1902, and it would be 28 years until it opened in 1930. The symmetrical complex consisted of as much as 27 buildings, 16 of which were built in modernist style. Each pavilion had its own medical expertise, and a system of corridors was constructed underneath the complex for easy access to the pavilions. The architectural style and central gardens of the hospital are intended to create an atmosphere of optimism, helping to speed up the recovery of patients. 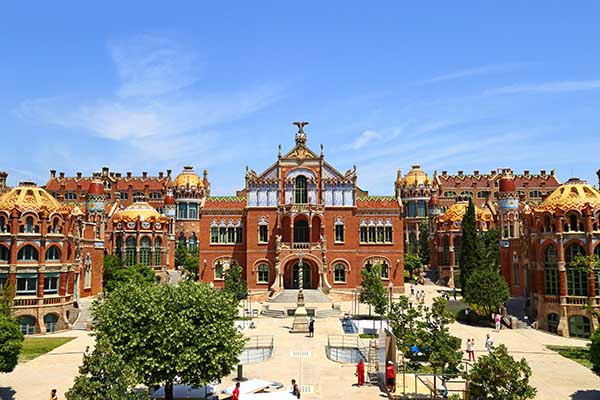 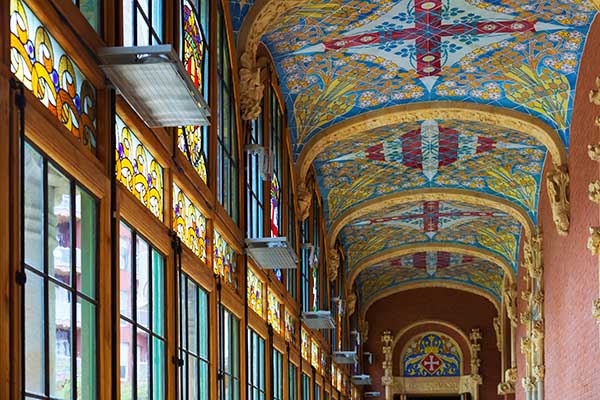 Out of respect to the will of the mecenas, the name Pau was added to the hospital's name. Since then the hospital has been called the Hospital de la Santa Creu i Sant Pau. Today it's primarily known as Hospital de Sant Pau. Antoni Gaudí (known for being the architect of Sagrada Familia and Park Guell) died in the former hospital in 1926, after being hit by a tram in the city a few days before.

Tour of the Sant Pau hospital

During your visit to Sant Pau you can choose to walk independently through the old hospital. Book your tickets in advance.

Where is the Hospital de Sant Pau?

The main entrance is in the quarter of Eixample and is four blocks from the Sagrada Familia. It's a good idea to combine both sights during your trip to Barcelona. If you travel by metro, the stop 'Sant Pau' of the L4 is the nearest one.