Torre Glòries is the giant, illuminated tower with a height of 142 metres that has towered above Barcelona since 2005. 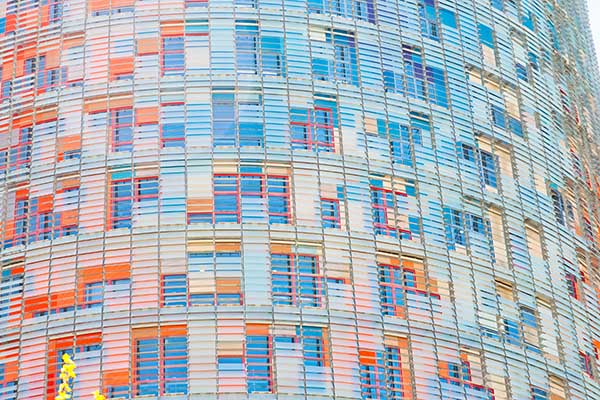 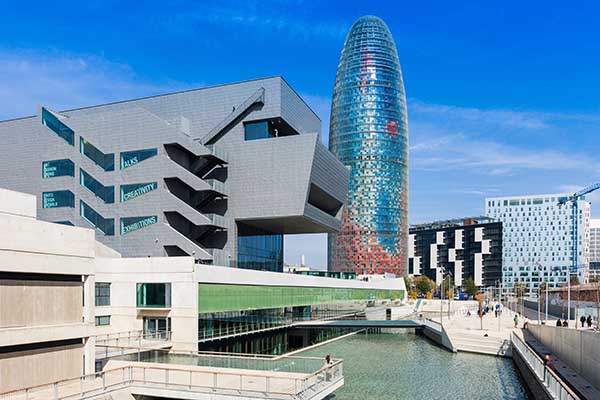 French architect Jean Nouvel took his inspiration from a number of typically Barcelonian objects to ensure that the Torre Glòries would fit in Barcelona's cityscape. For instance, the cylindrical architecture of the tower is somewhat reminiscent of the Sagrada Familia and also shows similarities with the tops of Montserrat mountain. Furthermore, the tower looks a little like a blue water jet shooting up from the ground. This is a nod to the waterworks company that has its office in the Torre Glòries . At night, the Agbar tower really shows its beauty when lit up with 4,500 colourful LEDs. During the day, the aluminium sun awnings reflect sunlight.

Where is the skyscraper in Barcelona?