Read all about a visit to Casa Milà, also known as La Pedrera, 'the stone quarry', a building by Gaudí in Barcelona Spain. Visit Casa Milà, online tickets and opening hours for La Pedrera.

Casa Milà is a block of flats in the L'Eixample district of Barcelona and was designed by architect Antoni Gaudí. The Casa Milàcomplex was built between 1906 and 192 and is one of the most important sights in Barcelona. It is also called the “La Pedrera”, which is Catalan for 'The Stone Quarry'. The name "La Pedrera" refers to the rough appearance of the apartment complex. It used to be meant as a form of criticism, as Casa Milà did not meet any of the architectural standards of the day.

Characteristic for Casa Milà are the organic and natural shapes that Gaudí used in his design. His style is also called Catalan Modernism. During the design, modernist Antoni Gaudí was at the peak of his career, and it was his final civil design before he began work on the Sagrada Familia. The design was commissioned by rich industrialist Pere Milà, who later resided on the first floor of the complex. Gaudi and Milà butted heads numerous times when it came to taste, leading to Gaudi leaving the project before it was completed. The non-angular shapes of the rooms turned out to be an issue for finding tenants for the flats. 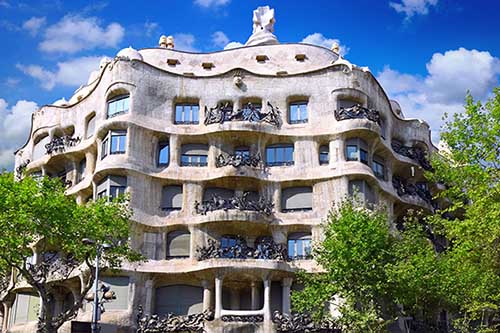 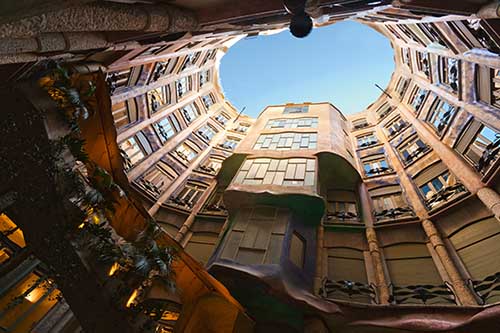 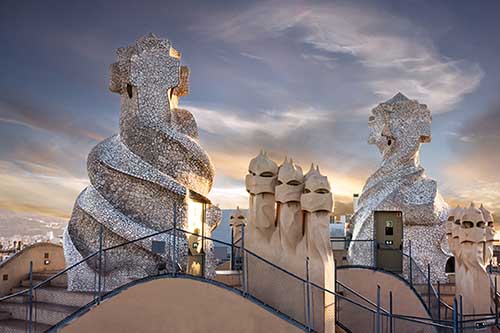 The Casa Milà is now home to a museum with different exhibitions. Casa Milà also has a decorated flat on the fourth floor (early 20th century), the attic (with an exhibition on the work of architect Gaudí and its secrets) and the flowing roof terrace with unique ventilation towers and chimneys that can be viewed. The chimneys have irregular shapes that are typical for the building, and the roof terrace offers a beautiful view of the city. Be aware that the roof is only open to visitors if the weather is good.

Casa Milà had the first multi-story car park. Residents of Casa Milà could take their carriage (and later car) to their own floor and flat. Lifts were installed in Casa Milà at a later date. In 1984, La Pedrera was officially recognised as a UNESCO world heritage site. The house is located on the shopping street Passeig de Gràcia in the district Eixample of Barcelona.

Tip: Casa Milà often has long queues and only allows a limited number of visitors per time slot. I therefore recommend simply arranging your skip-the-line tickets for Casa Milà "La Pedrera" in advance at no extra cost. More ticket info.

(1904 - 1906) Josep Battló i Casanovas commissioned Gaudi to build this apartment complex on the Passeig de Gràcia. Nothing in the building is angular; it's all flowing lines. The roof of Casa Batlló full of mosaics represents the back of a dragon. One of Antoni Gaudi's most beautiful UNESCO buildings. 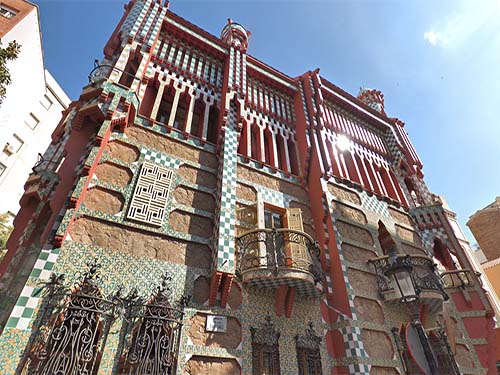 (1883 - 1889) Casa Vicens was Antoni Gaudi's first important design in Barcelona and is also on the UNESCO World Heritage List. The colourful house is located in the Gràcia district and was built in order by tile manufacturer Manuel Vicens i Montaner. The Casa Vicens is a mix of Spanish and mudejar style and clad with ceramic tiles. Casa Vicens is daily opened, 10am - 10pm.

Where is Casa Pedrera in Barcelona?

Casa Milà is easily accessible when you are in the center of Barcelona. From the central square Plaça de Catalunya it is more than a fifteen minute walk via Passeig de Gràcia. The closest metro stop is the Diaganol stop of metro line 3 or 5. From this stop you are only one intersection from Casa Milà 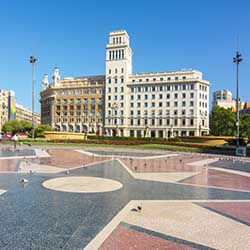 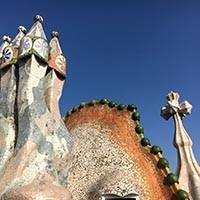 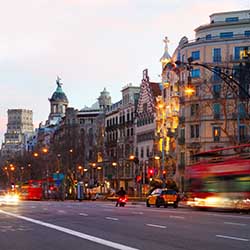 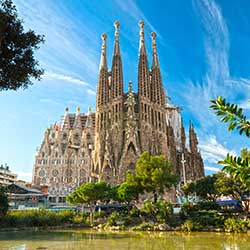