The Montjuïc hill in Barcelona. Visit the magic fountain, the MNAC, Poble Espanyol, the castle or the Olympic stadium located in the Montjuic hill park.

The green Montjuïc (213 metres) is the most famous hill in Barcelona. Because of the 1929 World Fair in Barcelona, palaces, pavilions, parks, botanical gardens, sports stadiums, and exhibition rooms were built on the hill. Some of those buildings still remain today and serve as museums. The Olympic sports stadiums stadiums were renovated and others were added for the 1992 Summer Olympics. If you get off at the metro stop Espanya, the walk starts at Plaça d'Espanya, forming an entrance to the Montjuïc with two Venetian towers and a fountain. The fountain on the Montjuïc is colourfully lit in the evening with the magical fountain show. 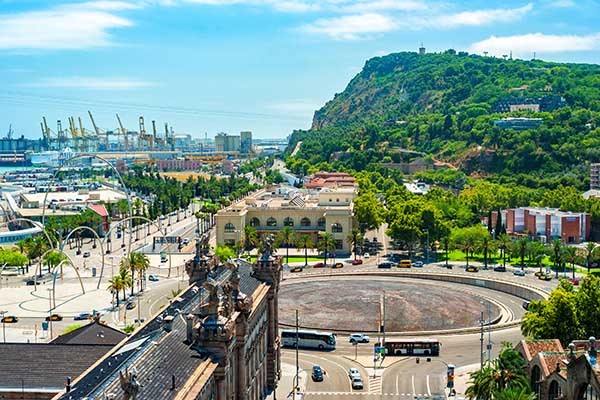 The Montjuïc seen from the Columbus monument 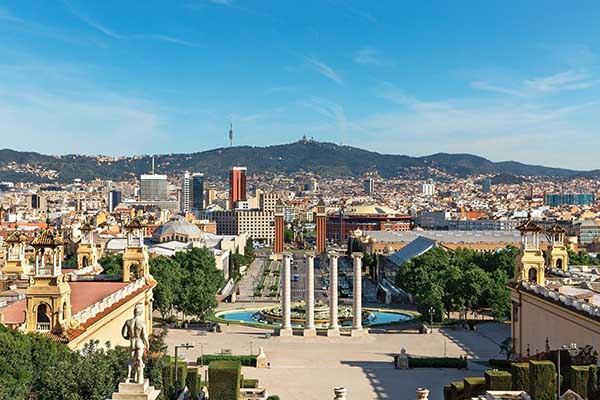 From the Font Magica you will have a view of the Avinguda Reina Maria Cristina and the escalators up the hill, with the Palau Nacional, at the top, where the Museu d'Art de Catalunya (MNAC), (Museum with Gothic and Medieval art) is located. The original Olympic stadium already existed in 1929, but was renovated for the 1992 Summer Games and adjusted to accommodate 70,000 spectators. The façade is beautiful and does not really look like it harbours a stadium at all.

Via two cable cars , it's possible to get from the harbour to the Montjuïc castle at the top. This castle was built on the hill in 1640 to control the city. From here you'll have a wonderful view of both Barcelona and the Mediterranean Sea. Another highlight on the Montjuïc is 'Foundation Joan Miró'. If you enjoy Miro's work, this museum is certainly worth a visit. Both paintings and sculptures are on display in the Miro museum. 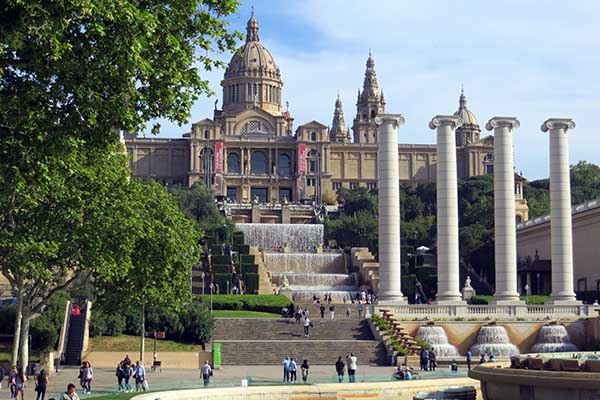 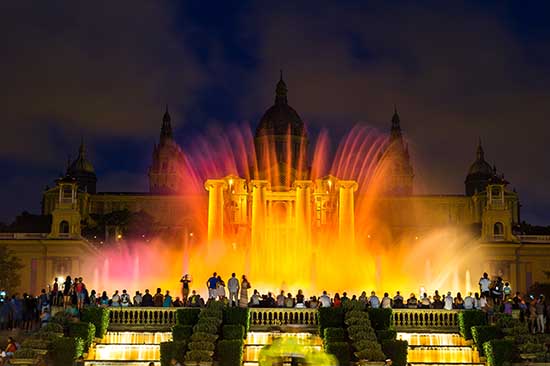 Font Màgica Montjuïc, the show of the magic fountain of Barcelona 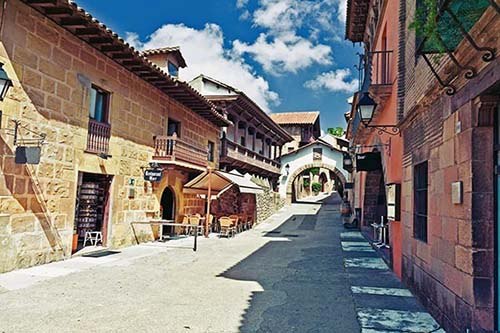 Poble Espanyol, an open-air museum located on the Montjuïc hill 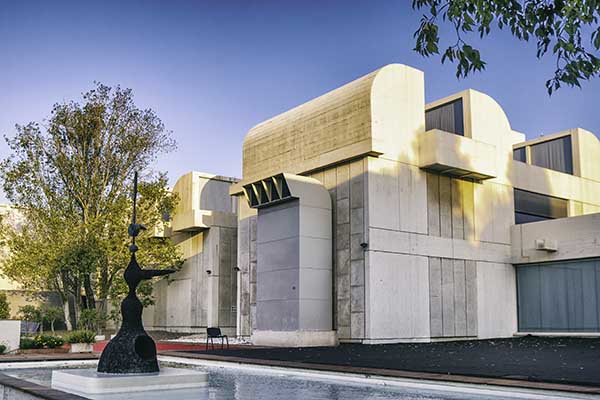 Foundation Joan Miró, the museum of the artist Joan Miro 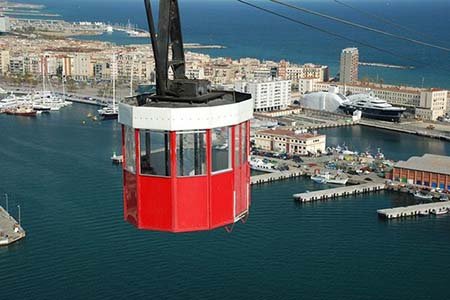 Transbordador aeri del port, the cable car from the port to the mountain of Montjuïc 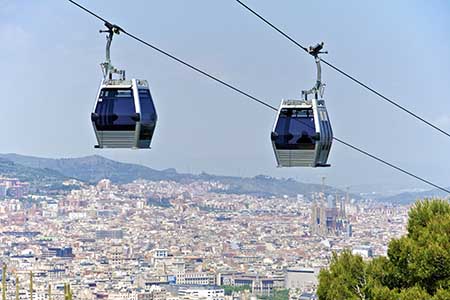 Telefèric de Montjuïc, with the cable car to the castle on top of the mountain. 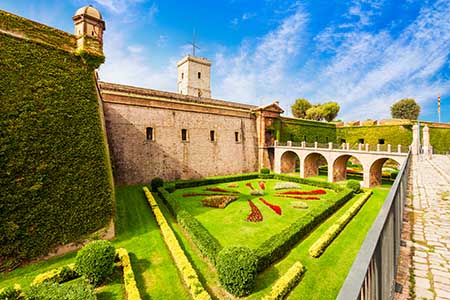 Castell de Montjuïc, the castle on top of the Montjuïc 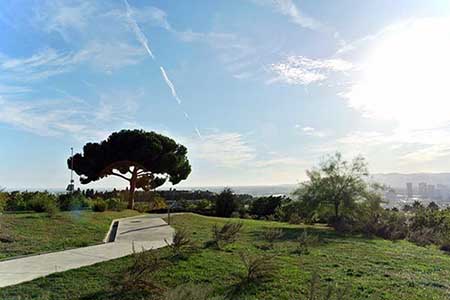 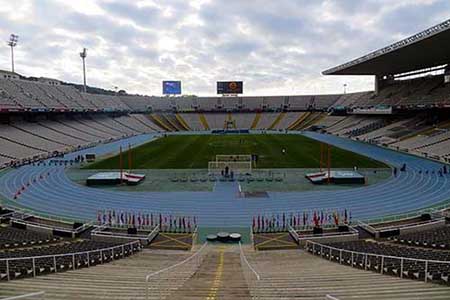 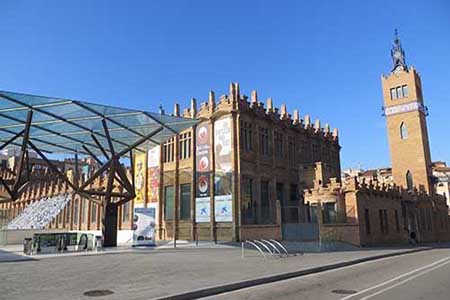 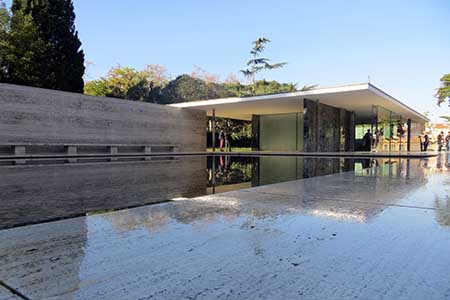 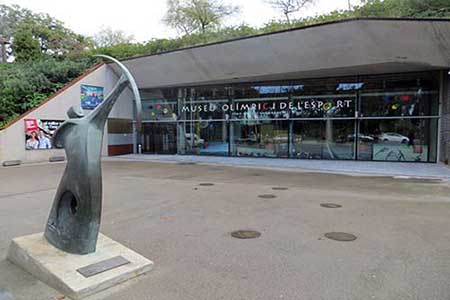 Where is the mountain in Barcelona?