Visit the Camp Nou Experience: Barcelona's fantastic Camp Nou stadium and the museum of one of the most successful football clubs in the world, FC Barcelona! Even if you're not a big football fan, the stadium tour will still impress you. During the tour, you will learn more about the club's unique story and how it represents a city, the Catalan region, and even their Catalan language. FC Barcelona is part of the identity of the Catalan people. Barça 'més que un club', meaning 'more than a club'. 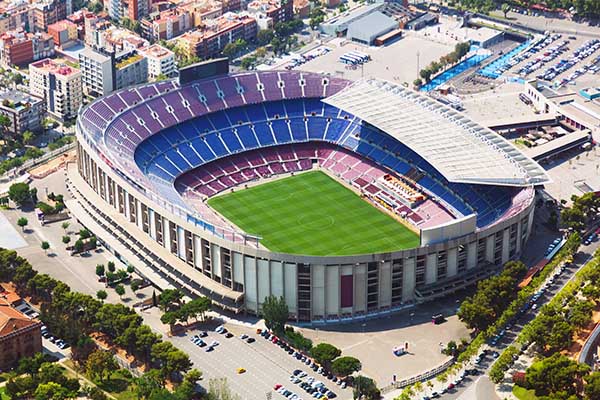 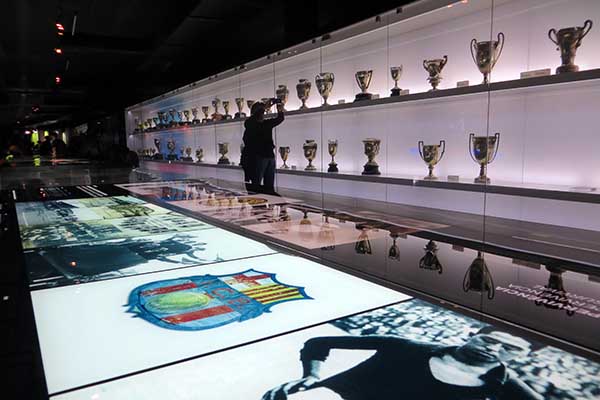 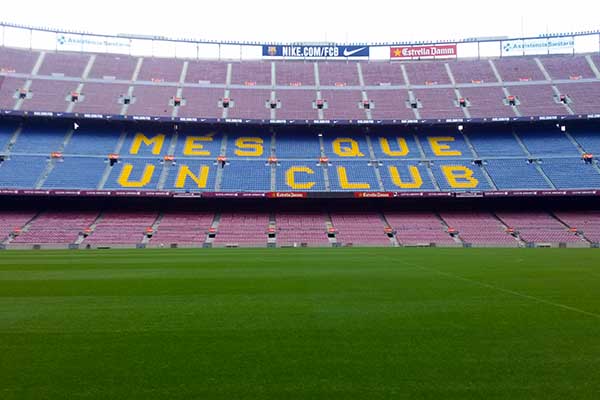 The ticket for the Camp Nou Experience includes admittance to the museum, the impressive Camp Nou football stadium, and the interactive zone where you can experience FC Barcelona's greatest moments.

The audio guide will give you a tour of the stadium and the FC Barcelona Museum at your own pace. You will see everything on this tour of the FC Barcelona stadium: the dressing rooms, the player tunnel, the press room, commentator boxes, and of course the Camp Nou museum with all the major awards FC Barcelona has one. The club's list of cups includes the Champions League, the national cup 30 times, and the national championship 26 times.

During your tour, you will follow a fixed route through the stadium at your own pace. Along the way you get the chance to take photos (with a little trickery) with your favourite Barcelona football heroes. The Experience tour will take you about 90 minutes.

Order skip-the-line tickets for the Camp Nou Experience tour online. Simply order your tickets in advance and prevent long queues at the stadium's ticket windows. Always check the times for the Barcelona stadium to avoid disappointment when this FC Barcelona stadium tour is not available.

It's a dream come true for all football enthusiasts to attend an FC Barcelona match in the stadium. Getting tickets is not always easy. The most convenient and reliable way to buy tickets for a football match is via this seller.

How do you get to the Camp Nou stadium by metro?

The stadium can easily be reached by metro. The closest metro stop for visiting the stadium tour is metro stop 'Palau Reial' of the green metro line 3. From this stop, you only have to walk to the end of the 'Carrer de Marti i Franques' street. After 500 metres, you'll reach the entrance for the Camp Nou Experience.

An alternative stop is metro stop 'Collblanc', of metro line 5. Turn into the street 'Travessera de les Corts' and follow it for about 300 metres. However, you will still need to get to the other side of the stadium. Go left and follow the stadium premises. This stop is a better choice if you're visiting a match of FC Barcelona, as the gates at the side will be open then.

Our readers say
4.8 (95.83%) 426 reviews
January 12, 2021 Michael: "We had an amazing trip to Barcelona because of the interesting local tips for sightseeing and activities in Barcelona."