In Figueres Spain you will find the Dali Theater-Museum, the museum of the surrealist artist Salvador Dalí. Read all tips about tickets and how to visit Teatro Museo Dalí from Barcelona:

In the town of Figueres, 147 kilometers north of Barcelona, you can find one of the most beautiful attractions in Spain, the Dalí Theater Museum (Teatro Museo Dalí). The museum is one big surreal object and is located in a former theater. This 19th-century city theater was considerably destroyed during the Spanish Civil War, after which Salvador Dalí decided to set up his own museum in his native village on the ruins. When you are on vacation in the area, this legendary museum of Dalí should not be missed during your trip.

Salvador Dalí (1904 - 1989) was a Spanish painter who had devoted himself to surrealism and is now one of the greatest artists in the world in this movement. In 1934, Dalí married Gala, the woman who was his great muse and to whom he had dedicated most of the work. In 1974 he opened his museum, after which he worked many years to further expand this museum. On January 23, 1989 Dalí died of a cardiac arrest in the Galatea tower. He was later buried in his own museum in a crypt under the glass dome of the museum. Dalí was also known for his thin, elongated mustache, whose mustaches were curled up. The mustache was inspired by the mustache of the famous Spanish painter, Diego Velázquez. Dalí claimed that he received inspiration from the cosmos through these whiskers. 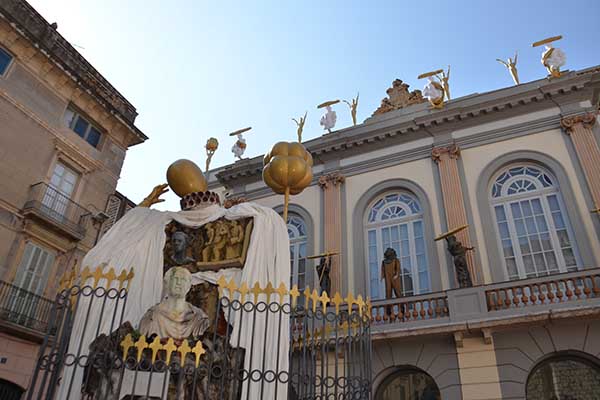 Entrance to Museo Dalí in Figueres 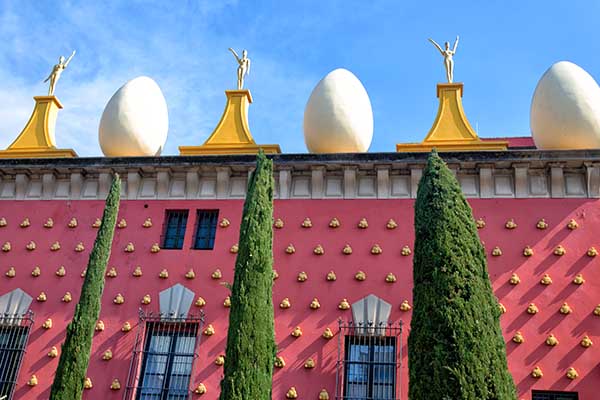 The striking building of the Dalí museum

The beautiful museum (both inside and out) is definitely accessible for people who love art less. Many creative objects, sketches and paintings can be admired in the surrealistic style of Salvador Dalí. You will get the feeling and wonder that you are truly entering the surrealistic world of Dalí and Gala, so that this museum will also be appreciated by many young visitors. Everything in and around the museum is by the hand and ideas of Salvador Dalí. The museum contains works of art from its early period (1917-1928), the surrealist (1929-1940) and its more classical period (1941-1983).

On average you will spend around two hours visiting the Dalí Theater-Museum, visiting all the highlights of the museum such as the Mae West room. Keep in mind that in high season the museum is so popular that there is a visitor limit, so it is strongly recommended to reserve your tickets in time during this period.

Where is Figueres and the Dalí Museum?

The Dalí museum is located in Figueres, a Spanish city 147 kilometers north of Barcelona. With your own transport you probably take 1 hour and 40 minutes on the journey from Barcelona. From Perpignan you will find the city 56 kilometers south of the French city. Because Figueres is on the E-15 (AP-7), the museum is therefore an ideal stopover when you visit Barcelona or Gerona by car.

In addition to the most visited Museo Dalí, there are two other Dalí buildings that you can visit in the area of Figueres:

40 km south from Figueres, near Girona, in the village of Púbol is the Gala Dalí Castle. The exterior is a magnificent castle from the 11th century, the interior of the castle is one of Dali's great creative excesses, focused on one person, his muse Gala. Castell Gala Dalí Púbol was intended as the ultimate resting place for Gala, where she also spent her last years of her life. The castle can be visited (admission 8 euros, more info and tickets) and gives a wonderful glimpse into the life of his muse Gala and the special bond she had with Dalí.

40 km east of Figueres, in the coastal town of Cadaqués is the Salvador Dalí Portlligat house-museum. At the time, this house was the only permanent residence of Dalí, where he lived and worked until 1982. After Gala's death, he moved to Púbol Castle. (More info and bookings) 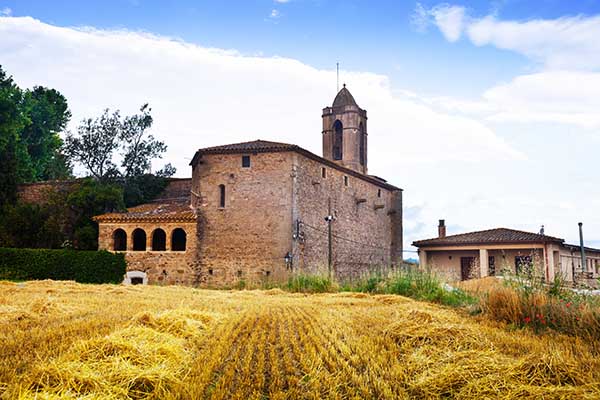 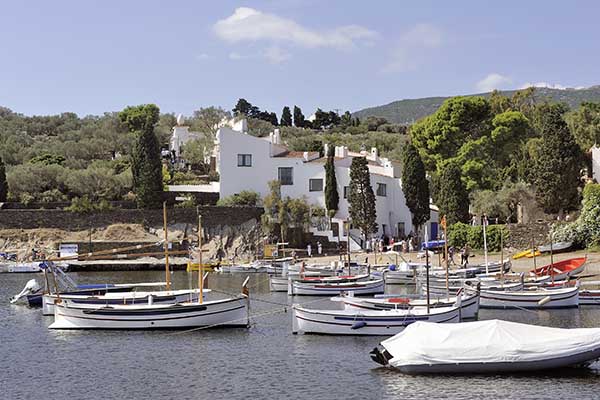 Our readers say
4.8 (95.83%) 426 reviews
May 3, 2021 Michael: "We had an amazing trip to Barcelona because of the interesting local tips for sightseeing, activities and things to do in Barcelona Spain."
Park Güell
Barcelona things to do
Metro & Transport
Sagrada Familia
Picasso Museum
Camp Nou
Casa Vicens
Casa Mila
Casa Batllo