Everything about La Rambla. Visit the busiest street in the centre of Barcelona with its many tourists. Las Ramblas in Barcelona from Plaça de Catalunya to the Columbus monument in the harbour.

The Ramblas is one of the most popular attractions in Barcelona, but many tourists will be disappointed by this street. The city has so much more to offer than this overcrowded, overly touristy street full of pickpockets and promoters. 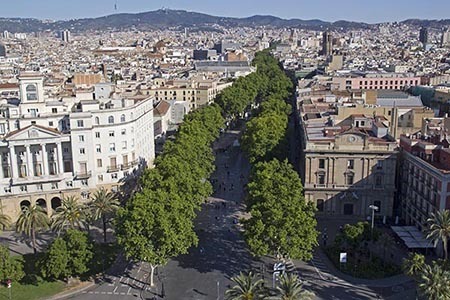 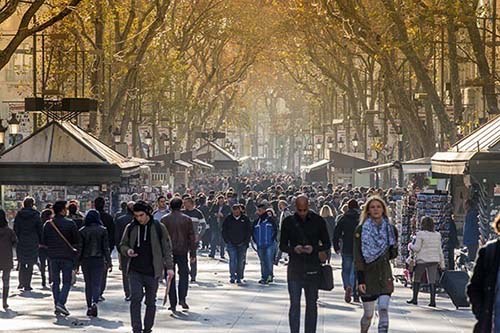 The busy and lively street

Las Ramblas used to be a dried riverbed, now it's the busiest avenue in Barcelona. The avenue with its plane trees, flower stalls, street musicians, and human statues leads from the Plaça de Catalunya (the main square of the city) to Port Vell harbour, with its Monumento a Colón. The 1,200-metre long Ramblas avenue still exudes a 19th-century ambience, alternating with modern aspects and many souvenir shops. The central part of La Rambla is for pedestrians, and it's lined by narrow one-way streets for motorised traffic on both sides.

Many tourists choose to stay at a hotel near La Rambla. This central location does indeed offer easy access to Barcelona's many sights and attractions, but keep in mind that the bustling Ramblas can be quite noisy until late at night.

Sights around the Ramblas

Mercat de la Boqueria is the market halfway up the Ramblas and the perfect place to experience Catalan smells and tastes. A great destination to start your day with a delicious smoothie or fruit salad.

The Columbus statue is located at the end of the Ramblas (on the harbour side) and is also called the 'monumento a Colon'. You can even take a lift up the statue.

Plaça Reial is a square located right next to the Ramblas. This cosy square in the Gothic Quarter has many (tourist) restaurants and bars.

Everything about Plaça de Catalunya, the busiest square between the old town and the district Eixample in Barcelona.

Street artists at the Ramblas 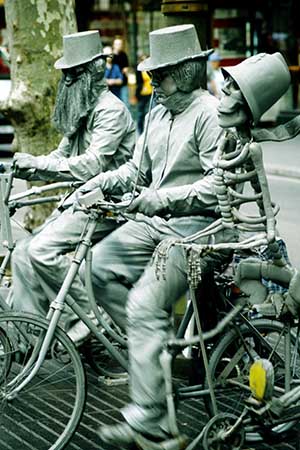 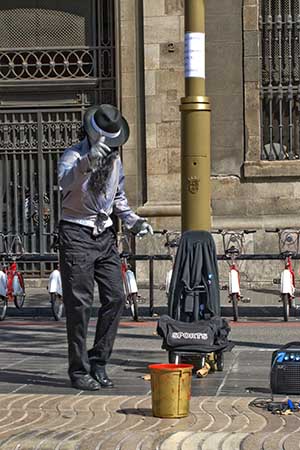 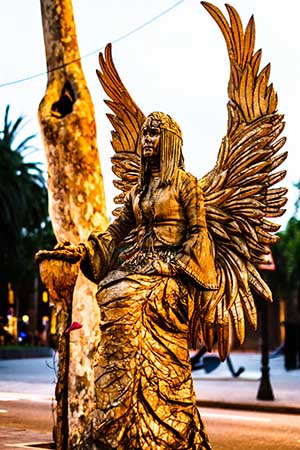 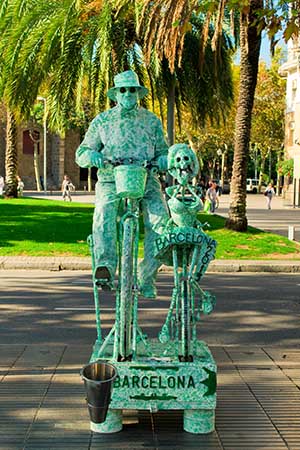 The streets of the Ramblas

The promenade is distinguished by five different Rambla, together referred to as the Ramblas. From Plaça de Catalunya toward the coast, your will come across the following Ramblas: 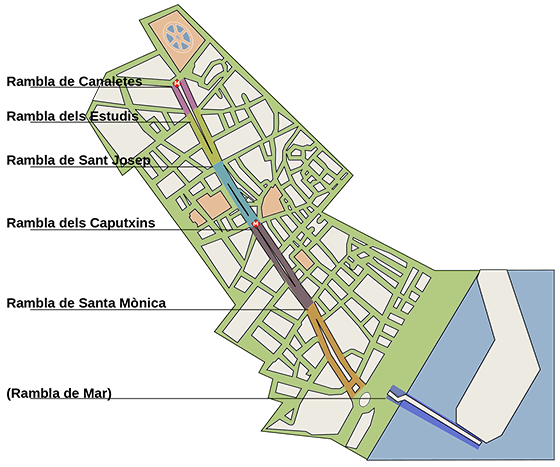