Visit Montserrat monastery from Barcelona: all info, tours and tickets for visiting the monastery (abbey), the cogwheel train and the Montserrat mountain near Barcelona Spain.

Montserrat is a special rock formation in Catalonia (Spain). According to tradition, this is the most important and mysterious mountain in Catalonia. The Montserrat mountain is located approximately 50 km north-west of Barcelona and forms the separation between the comarcas Anoia, Bages and Baix Llobregat. The highest peak of the mountain of Montserrat is the peak of Sant Jeroni (1236 m) and you have a beautiful view of the Pyrenees and the sea on the mountain. On the mountain is the sanctuary and the Benedictine Montserrat monastery ("Monasterio de Montserrat"). Every year this abbey (dedicated to the Virgin of Montserrat) and mountain attracts many tourists, including Catholic pilgrims, walkers and (rock)climbers.

According to the legend, around 880 a group of shepherds found the statue of the Virgin Mary in the holy cave 'Santa Cova', where after this discovery the mountain was surrounded by spirituality. The monastery has a huge library and was built in the 11th century. You can only visit the monastery to a limited extent, but you can visit (for free) the dark and stately basilica with the statue of the 'Black Madonna' (La Moreneta), which is very loved by the pilgrims.

The Montserrat Monastery Museum has a very diverse collection of objects. Originally many objects from the old Middle East, such as an old mummy, but later supplemented with many paintings with even masters such as Picasso and Salvador Dalí.

Montserrat Spain is also home to one of the oldest boy choirs in Europe (probably as early as the 14th century). The choir, called l'Escolanía, consists of 30 boys who live in the monastery complex. In the yellow block you can see when the choir performs in the monastery.

Hiking in the area

The area with rock formations and beautiful views is an ideal hiking area. The most popular hiking route for day visitors is that to the Camí de la Santa Cova, the cave where the Holy statue was found at the time. Another route is the much longer route (5 hours) from Cim de Sant Jeroni where you walk to the highest point of Monsterrat for the best view. 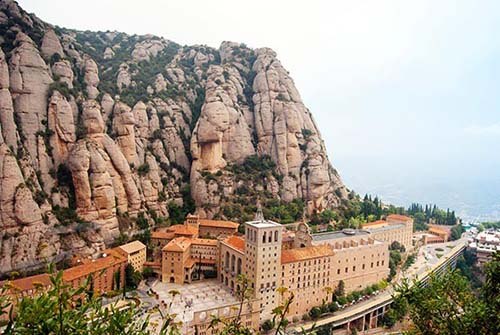 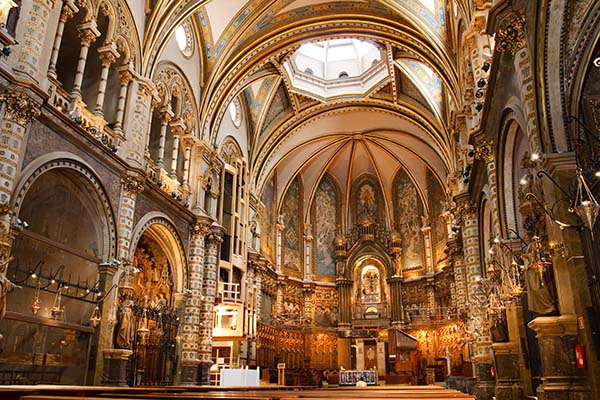 The basilica of the monastery

Where is the monastery and mountain in Spain?

Our readers say
4.8 (95.83%) 426 reviews
May 3, 2021 Michael: "We had an amazing trip to Barcelona because of the interesting local tips for sightseeing, activities and things to do in Barcelona Spain."
Park Güell
Barcelona things to do
Metro & Transport
Sagrada Familia
Picasso Museum
Camp Nou
Casa Vicens
Casa Mila
Casa Batllo