Everything about Parc del laberint d'Horta in Barcelona, the park with the maze.

The park (Parc del laberint d'Horta) was constructed as a historical garden at the end of the 18th century, and it is the oldest park still in use in Barcelona. The park in its neoclassical style owes its name to the maze in the park. The park and particularly the maze are great for visiting with children, but on other days it can offer a haven of tranquillity in the bustling city of Barcelona. You will mostly see locals in this park in the Horta-guinardó district.

This park was commissioned to the Italian architect Domenico Bagutti as long ago as 1792. The assignment was to build a cypress maze with a statue of Eros in the centre. Back then, the park was owned by the wealthy Desvalls family, who lived in a nearby palace. The park itself was located in the then independent municipality of 'Sant Joan d'Horta', which was only annexed by the city of Barcelona in 1904. The park has an area of over nine hectares and is divided into neoclassical and Romanesque gardens; in addition to the well-known maze, it also features a waterfall, a moss garden, two Italian-style temples with statues of Danae and Artemis and beautiful Tuscan columns. Early in the 1970s, the park became property of the city of Barcelona, and it was opened to the public. 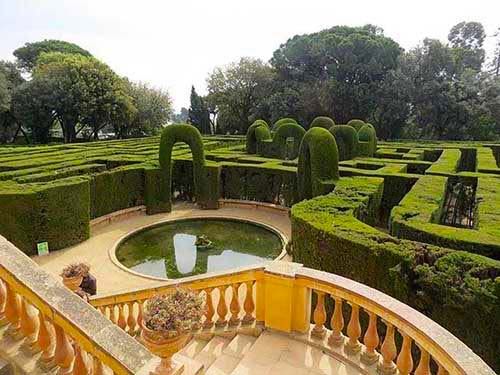 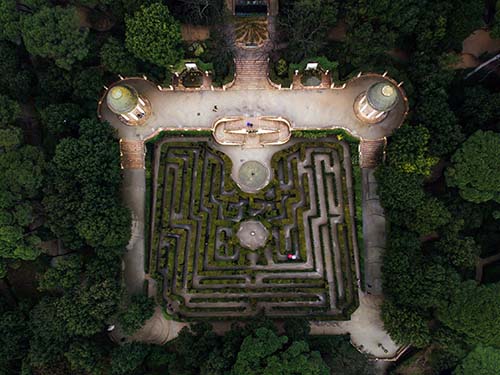 How do you get to the Parc del Laberint d'Horta in Barcelona?

You can easily reach the park via Metro station Mundet (L3). You then walk via the Passeig de la Vall d’Hebron toward the Velòdrom d’Horta. It's a short, five-minute walk uphill. 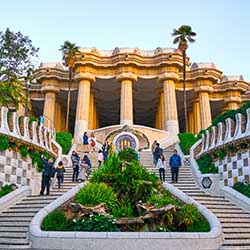 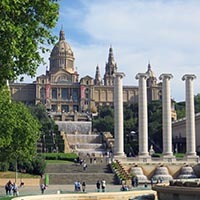 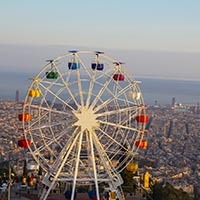